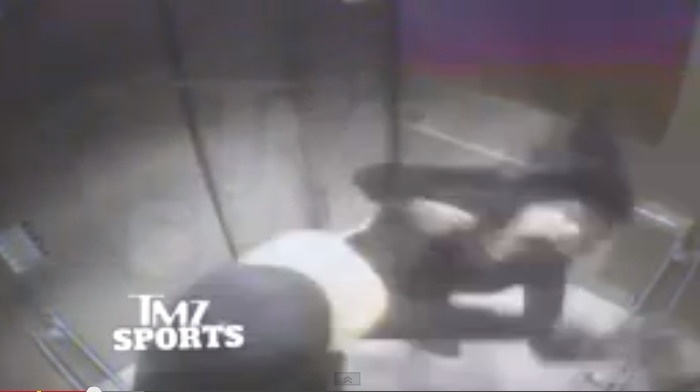 Has anyone else seen the video footage of NFL player Ray Rice knocking his fiance out in the elevator? Wow!. Check out the video obtained by TMZ below.. I was just arguing with my cousin the other day about the newer stricter penalties the NFL was imposing on their players for this type of conduct. My question was, why does it seem like a lot of NFL players get involved in domestic abuse issues? My cousin said that wasnt true. Low and behold, another one. This video sorta reminds me or Jay Z and Solange though. This looks like what could have happened to Solange if Jay Z wasnt a gentleman. She went for him and got knocked out cold.. . Hot dang crazy mess.. Well a quick update is: Ray Rice has been suspended by the NFL indefinitely… This is a lesson that it is always best for men and ladies to keep their hands to themselves..

4 thoughts on “Have you seen this Ray Rice Elevator Knockout Video ? OMG!!”