If you live in America, race relations is something you cannot ignore. Even if you think it does not affect you directly, it may affect others around you. It is so deeply rooted in the core of this nation that sometimes I wonder if it can ever be fixed.  Social media brings a lot of things to our doorstep, in the comfort of our homes. Race issues is one of them.

It is easy to say, well I have never encountered racism. Truth is, you really do not have to before you see it as a problem. Injustice does not have to affect you directly before you speak against it.

Before I continue, I would like to clarify something. Because of how society has conditioned many of us to see things, identifying racism can be complicated! Being racist is not determined by your skin color. There is no such thing as only whites can be racist. I know some will argue but do hear me out first. I see a lot of black people argue, well I am black, I cannot be racist. Wrong! The color of your skin does not determine your ability to be racist. Before you argue with this in your head, keep an open mind and allow me define what racism is.

According to the dictionary racism is
1. prejudice, discrimination, or antagonism directed against someone of a different race based on the belief that one’s own race is superior.
2. the belief that all members of each race possess characteristics or abilities specific to that race, especially so as to distinguish it as inferior or superior to another race or races.

I have seen comments from people of every color that can be identified as racist. So, in short, a racist is anyone irrespective of color that sees a group of people as inferior to them.

How we can all help effect change

Have you ever felt someone was inferior to you because you feel your “race” does something better? If you have, there is hope. You can still fix how you have been conditioned to think. Society has conditioned many of us to feel a certain way. It is time we open our eyes to see and change things.

With the recent police incidents in America, race tension has, in my opinion, been so much worse. I followed a lot of dialogue on social media from both blacks and whites and one thing that stood out for me was the obvious division. I had to ask myself why.

Let me be fair when I say, a lot of those saying negative things were either ignorant or trolls hiding behind fake profiles, but it does not change the fact that there is someone behind that keyboard who feels that way. Let me also be fair when I say there were a lot of people who understood both sides and engaged in what I deemed fair and constructive dialogue.

The importance of Constructive Dialogue

Black or White, I just feel like you cannot get your point across if you sound insulting about a different group of people. Just because you do not have the same features does not mean you are from different planets. When something is wrong, the color of your skin should not play a role in determining if you think it is wrong or not. Also, no one should have to feel guilty about being a certain color.

I know we can’t get it right 100% of the time, because as humans, we are prone to mistakes, but we should make an effort to. When we see injustice happen to others, and in our everyday lives, we must always ask ourselves how we wish to be treated and wish that for everyone in the HUMAN RACE.

I grew up in a home where we were not taught to see race. Society and those darn govt forms – lol – that ask you to identify your race shoves it in my face regularly. As far as those forms go, I think that also needs to be revised because there are flaws in them, for example, assuming all Black people in America are African-American, or all Brown people are Hispanic.

I think, maybe it should be modified as having one race, the human race, and identifiers like, Black Male, White Female, etc. Yes I know that is complicated too considering America is a melting pot of different people but race as an identifier should be scrapped if we want to eliminate this division. 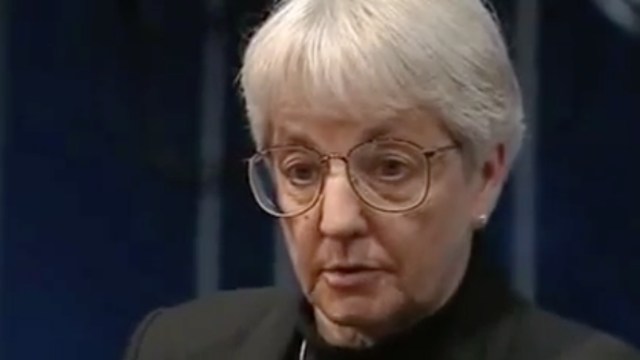 One Race – The Human Race – Jane Elliott and her teachings

Personally, I believe all we are is one race with different features and this is one of the many reasons Jane Elliott is my hero. Jane Elliott is an anti-racism activist and a school teacher. When she speaks, I think This is very important. It is always good to listen and try to see and understand where someone is coming from. She has been teaching about race issues for a very long time. I think a lot of people need to pay attention to her. (check video below for one of her interviews and one of her lectures).

She teaches about the anatomy of prejudice. She breaks it down in such a way that I have been able to understand it better. In a way that has also moved me to do better as a person. She is currently 82 years old. I pray she lives a very long time because she still has a lot of people to influence.

It is time to unlearn our bigotry – Jane Elliott

Anti-Racism activist Jane Elliott asked a lecture room full of white people to stand up if they would like to be treated how black people are treated. The result will shock you.

The topic of race relations is such a delicate one. It should not be so. I could write an entire book about it but even when doing so you worry about who you would offend. Even if it is polite and it should not be so. In this day and age, people, irrespective of color, should not feel slighted or feel uncomfortable because of how they look or who they are. It’s unfair. I feel like both black, white, brown etc are guilty of making race a big issue.

Like everyone I am still learning and still have a lot to learn. I am just one person. Even though I do not know it all, I do know that like most, I want this problem fixed so we can all live in peace and harmony.