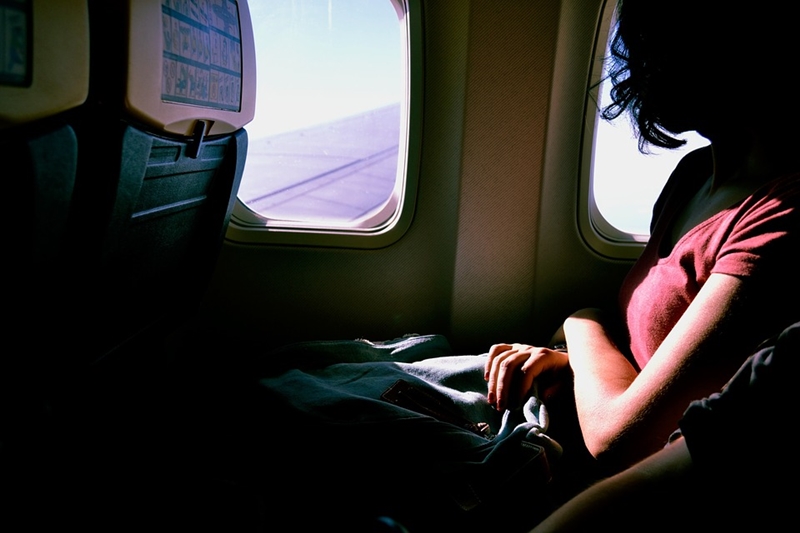 My travel story was actually more embarrassing than it was funny. This was more like a travel horror story. It happened a long time ago on a flight from Los Angeles to London. I was going on vacation to London, England and of course I was excited so I went to the airport with my entourage aka my family. The trip to the airport was uneventful. If you know Los Angeles well, then you know that making it to the airport on the 405 freeway without traffic is rare.

I arrived at the airport early. We went through check in and still had a good hour to burn before my flight. Keep in mind, this was all before the 9/11 attacks, so back then, non travelers could go in with you past security. This was a time when family or friends could eat at restaurants, or watch sports at the bar even if they were not travelling.

This day, one of my very hip uncles had come along. He suggested we go to a lounge to hang out. I figured why not. It was either that or sit there bored till it was time to go. We got to the lounge and I procrastinated on if I should drink alcohol or not. Finally, I decided why not. I ordered a double shot of Grand Marnier. This was my favorite drink at the time because of its sweet taste.

I hadn’t even taken two sips when I heard our boarding gate call. Contemplating what to do next, I stared at the glass in my hand and decided not to waste it. Yes, I drank the entire thing in one swish. No big deal right? After all, I was going to be on a flight, probably asleep most of the time. Wrong! This turned out to be the worst mistake I could have made that day.

And then I got Sick

The first hour or two of the British Airways flight was uneventful. I wasn’t even tipsy so I figured I was ok. I slept a bit, watched a movie, and then suddenly my stomach began to turn. The next thing I knew, I was feeling nauseous. Keep in mind, LA to London is about 11 hours by air and at this point, I must have still had many more hours to go. Do you know that feeling when you feel like throwing up and it just doesn’t happen? Well, I spent the majority of the flight feeling that way.

I would get up and go to the restroom and after minutes of waiting for something to happen, I would go back to my seat still feeling crappy. One of the air hostesses noticed my plight and gave me a barf bag which she nicknamed my Gucci bag. Finally the pilot made an announcement that we would be landing soon. I was still uncomfortable and sick. All I wanted was for the feeling to go away. Even sticking my finger in my mouth did not help. After the announcement, I made my way to the rest room to refresh my face. While waiting for the person in the restroom to finish, lets just say that was the time my barf decided to let loose.

Can someone say ewww!

Just my luck! Hours in the air feeling miserable and trying to let it out with no luck, and it was when we were close to landing that I finally threw up. Luckily I still had my barf bag on me, so the mess was not as bad as it could have been. I felt so bad for the air hostess who had to assist me in cleaning up the mess. Although I wished the person in the restroom came out sooner, I was just happy to finally feel some relief.

I went to my seat feeling embarrassed and was glad we were close to landing. When we landed and the doors opened, I made my way out hoping on one would recognize me as the barf queen who threw up by the toilet. Glad I wouldn’t have to see them again. Imagine this happened where you frequent. That day I learned a valuable lesson, and that was, never drink before flying and if you do, do it wisely.

1 thought on “The most uncomfortable flight ever – Funny Travel Stories”