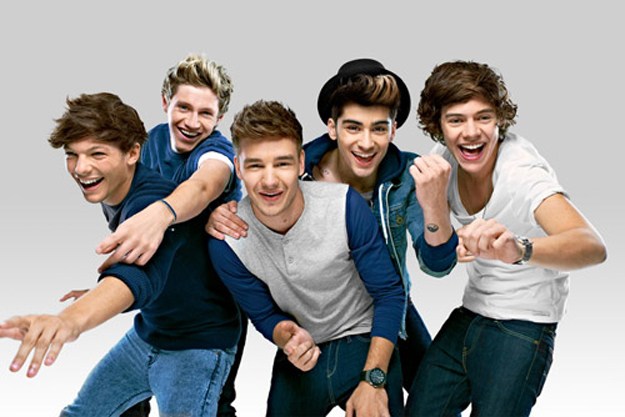 So my make believe brother Liam Payne has apologized for the whole One Direction band mates smoking pot and video taping it issue. I have said this before, the internet is like modern day evil. lol. It is bad enough they were smoking weed, what in the world would possess them to record it and jeopardize their career? This whole social media thing, boy I tell ya. It puts all sorts in your and if you cant control the urge to tell the world your every move, it can eat you up. Anyhoo, the story was two members (Zayn Malik and Louis Tomlinson) of the famous Brit boy band “One Direction” video tapped themselves puff puff passing a joint. I totally saw the video (no I am not sharing here) and my jaw dropped like WAAAAAT!. haha! Not so smart move. Its been a week plus since the incident and this will be the first time any of the band members will speak up or apologize publicly. Liam Payne took to his twitter account and posted the following message

I love my boys and maybe things have gone a little sideways I apologise for that.We are only in our 20’s we all do stupid things at this age
We all have a lot of growing up to do in an extreme circumstance I’m not making excuse but it’s fact we are gunna fall short somewhere
Hopefully we stand the test of time an get it right in the end I don’t take this for granted and im extremely grateful to be here doing this
Thank you to everyone who has stuck with us through this just know that we love you guys for it and it means the world

Before that, some fans went on a public tirade disclaiming the band. Some even went as far as burning perfectly good One Direction tickets they could have just sold. Will the fans forgive them? I think so. The most important thing is that they have learned a very good lesson and would not repeat the same mistake. 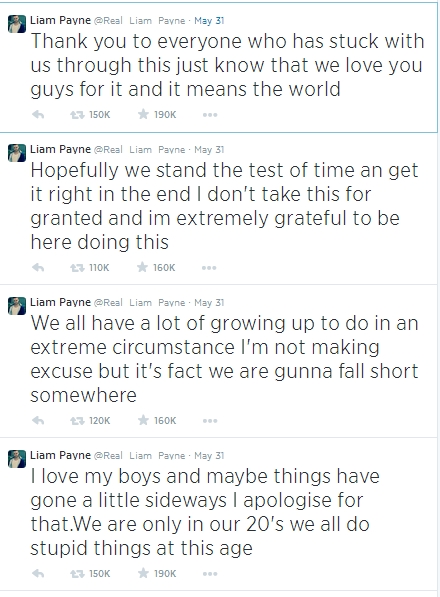