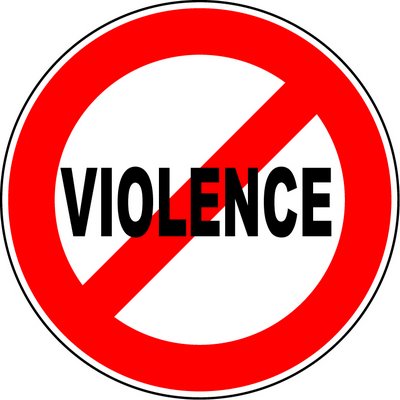 So last week I was talking about one of our neighbours who had his manhood almost cut off by his wife [read here] and this morning my aunt sent me the news below. The story did make the papers but what we have so far is his version. Although what she did was ludicrous and nothing short of crazy i am a bit curious to hear her version and what motivated her to do such (besides the usual “devil made me do it” story). anyways read on.

A banker has been arrested by operatives of the Lagos State Police Command for allegedly slitting her husband’s manhood. She was said to have taken that action over his alleged refusal to give her money.

The victim, Olamilekan Idowu Daniji, 34, told The Nation yesterday that his wife of three years, Nofisat, woke him up from sleep on the fateful day, threatening that between them, one person must die.

“At first, I thought armed robbers broke into our home because she hit me hard, waking me forcefully. She tore my under-pant and held my private part. Everything was like a movie. And before I could say anything, she cut my private part. When I saw blood I shouted and she said: ‘That is where you will die.’ She abandoned me and fled,” Daniji said.

He recalled that two days earlier, his wife, who works in a bank, quarrelled with him over his inability to provide food allowance.

He said: “I am a gospel artiste. On Saturday morning – December 14 – I was preparing to go out when my wife came and said she needed money for food. I told her I had nothing on me. But before I left, she told me there were some noodles in the house which she and my son would eat. After she finished preparing it, she left a little in the pot which I ate before going out. But before I left the house, I called one of my sales representatives who told me he sold some copies and had about N2,500 for me.

“After collecting the money, I went home and my wife said she wanted to eat fufu and white soup. I bought it for her. Shortly after, she requested bread, which I also bought for her. I did not complain because she is pregnant. On Sunday, I went to church, came back home and saw my wife and my son eating rice. I was happy that at least they had something to eat. I went out and bought beans and bread for myself and as I was eating, my wife came and started abusing me. She said I was selfish; that I did not care to ask how she got money to prepare the rice they ate. When she realised I was not responding, she carried the plate of beans and turned it on my head. She held my tie and threatened to strangle me. I begged her but she would not listen. So, I forced myself off her and ran away. But she caught up with me and broke a bucket on my head.”

Daniji added: “She broke three empty bottles and attempted to stab me, but I escaped through my sister’s shop. Her mother came around and I called my mother’s sister and they were able to calm her. After we settled, I left the house.”

The artiste said when he returned in the evening, he could not find his son. He asked his wife but she said nothing, but his elder sister told him that his mother-in-law took his son away.

“I told my wife to go and bring my son and that if I did not see him before 8pm, she would not like what I would do to her. At exactly 8pm, she left the house and came back after 30 minutes without my son. We quarrelled, after which I slept off on the chair. That was where she woke me up and cut my private part.”

Daniji said he was rushed to a private infirmary in Surulere by members of his family.

The matter, he added, was reported at the Barracks Police Station, Surulere, and the woman was arrested.

In her statement at the station, Nofisat wrote: “Ever since we got married, my sister-in-law and her twin brother have not allowed us peace. I was praying that my husband would make money and rent his own apartment so that we can live together in peace without any interference. I did not use knife on him; it was my finger nails.”

Daniji said he disallowed the police from charging the matter to court, because all he wanted was separation from his wife.