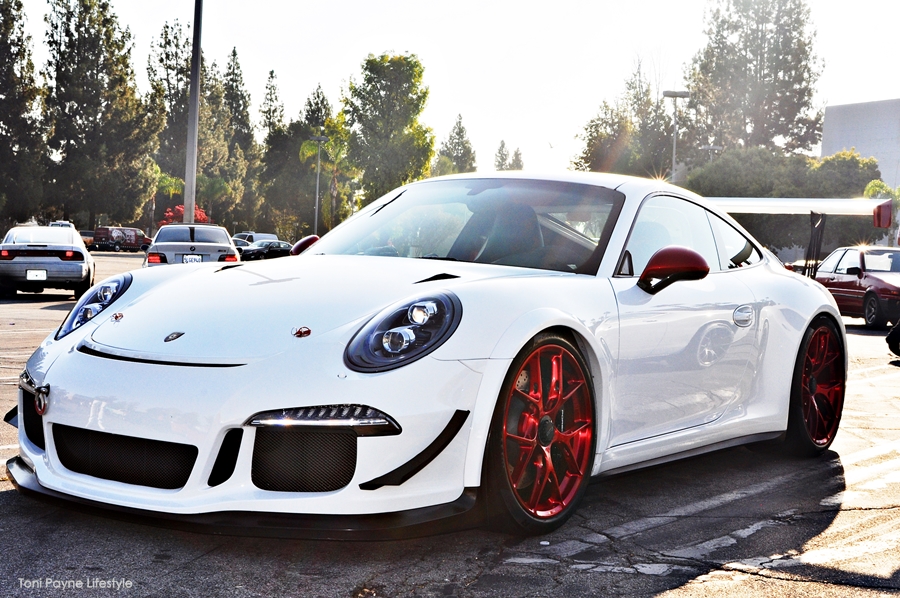 The Porsche WC – GT3 was spotted by us in Woodland Hills, Ca. This supercar is a transformation of the Porsche 911 GT3 into a race car.  Although both versions come fully equipped to serve the need for speed, the WC has extra modifications specifically designed for the tracks. With the WC GT3, the WC stands for World Challenge, a North American racing sprint series. World Challenge has different autos competing from Porsche to Audi, to Mercedes. World Challenge cars although developed on the race track, have also been refined for road use. We have spotted several WC GT3 in California.

Due to its performance the WC GT3 can be considered a supercar. Modifications usually vary but we do know specifics about the original version 911 GT3. 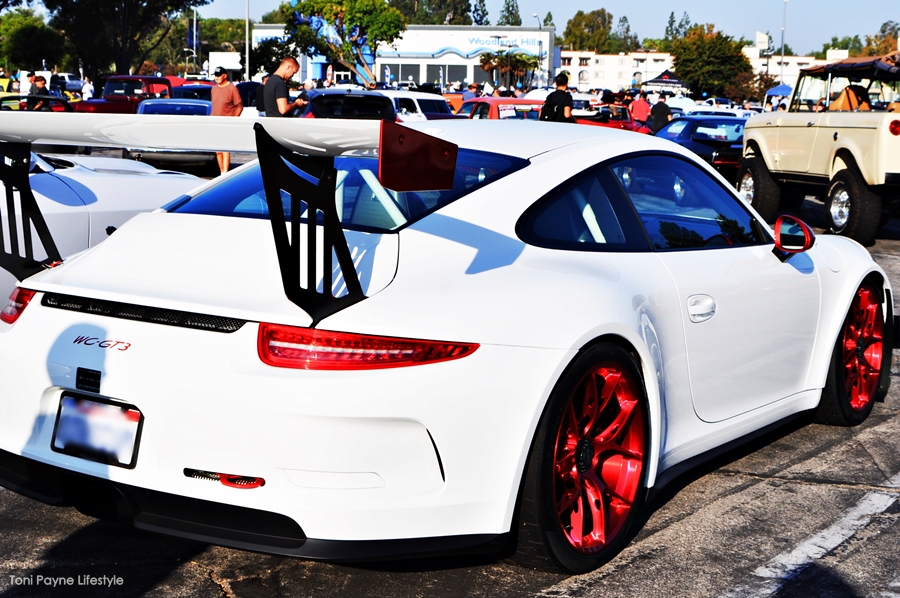 Some celebrities who own the GT3 are Rickie Fowler, Mark Webber, Patrick Dempsey and George Clooney.  Bottom line is, the GT3 is not just a good-looking car, If you are getting a Porsche 911 GT3 or customizing a WC GT3, you will enjoy it effortless smooth drive and high performance.