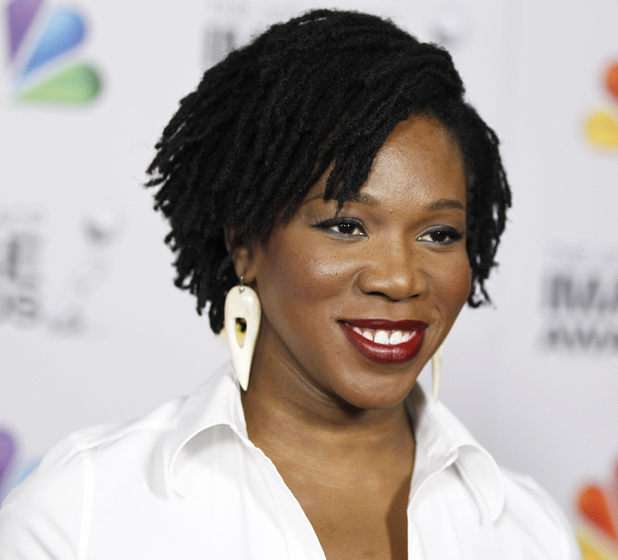 Soul Singer India Arie who is a big advocate for being natural has penned a letter defending Beyonce and JayZ’s decision to keep their child’s hair locked. Before I continue, let me just say, some people have absolutely no chill. Children should really be off limits. I mean c’mon. It doesnt take common sense to know this but I guess common sense isnt so common.

People like Joan and Rivers and others who pick on innocent kids really should get a life. Like seriously.  Some kids are born with dreadlock, I am confused as to why Blue Ivy having locks is a big deal. ugggh!. The person who started a petition about combing the child’s hair really should be voted the most jobless person of the year. Nonsense! Anyhoo, scroll down to read India’s letter.

“Why does anyone get the idea that its ok to make fun of a child?? In public no less? This celebrity culture that hypnotizes people into thinking a person is LITERALLY NOT REAL because you see them on television is a spell the watcher HIM or HER SELF MUST BREAK. Blue Ivy — is a CHILD. And ANYONE thinking to themselves right now: “But she was born with a silver spoon in her mouth so what does it matter what I say” — Denying ANY PERSON their humanity, is a GAME we should ALL stop playing. WHY? Because it’s the kind of PERSON YOU WANT TO BE. Why NOT be a person who is loving towards human kind as a whole AND people as individuals?? WHY NOT be a person protects the hearts of children? I think! all these people making negative comments would feel the SAME WAY if Blue Ivy’s hair were TOO DONE. If she had a relaxer, of Hair pulled too tight at the edges. Being gentle with a child’s hair is simply appropriate – this goes the same for ALL children. Come ya’ll Lol Were ARE better than this.”

If I jump in on this topic more than this, we will be here all day. Ill leave my comment at, well said India. Now scroll down a bit more to watch the video of “I am not my hair” by India Arie