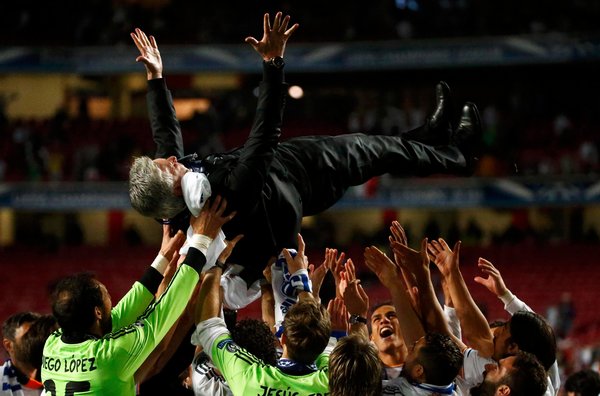 Congratulations to the Spanish soccer team Real Madrid. They won the UEFA ( Union of Europe Football Association) Champions league today as they played against another Spanish team, Atletico Madrid. The game got real when it hit the second period of extra time as they broke down Atletico Madrid’s resistance with Gareth Bale’s header in the 110th minute, Marcelo’s shot in the 118th and a Cristiano Ronaldo penalty. They won the Champions League final 4-1 giving the club it’s 10th European title.