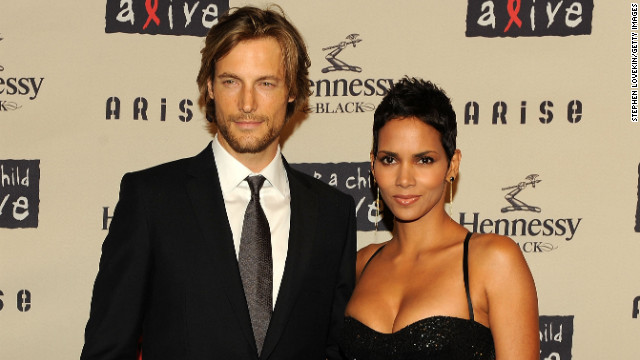 Maybe it’s the “sorta” traditionalist in me but whenever I hear that a man is fighting for child support, I always raise an eyebrow. I find it quite amusing. Growing up, I always thought that men were the providers. I know a lot has changed since I was maybe 10 years old but I still believe in those values -somewhat. Now, I say somewhat because I understand that role reversals is possible and every situation is unique.  Let me give you an example.

Lets say the dad wants to stay home with the kids while the mom works, I think it is fair enough. What I can’t wrap my head around is when men actually fight for custody so that they can get the woman’s money. Yeah Yeah, I know it may sound like somewhat of a double standard. I also know gender roles have blurred lines these days, but the first thing that pops in my head is “where is his pride?” Is my view fair or not fair, I haven’t quite figured it out yet.

I always thought that when a man he has a family or kids, he should want to be/or do his best to be the provider. It should be something he is proud of. When cases like that of Halle Berry, whose ex is allegedly getting $16,000 a month for child support for their 6-year-old daughter Nahla, comes up, I get that frown across my face. In her case, the court ordered her to pay $115,000 in back child support, as well as to cover her ex-boyfriend’s legal fees, which amount to $300,000. She is fully responsible for Nahla’s tuition, while both parents will divide health care costs. Right after reading that, a part of me asked myself does this make Gabriel Aubry less of a man if he is relying on a woman to financially take care of their child? So what exactly is his financial responsibility considering the both have EQUAL custody?  He is still a hottie though, but I digress.

When I hear situations like that of Sherri Shephard, whose estranged husband allegedly wants custody of their unborn child so that he can milk her for money, or her ex husband allegedly fighting for custody of their son so he can get paid, my stomach turns. I have analysed the Sherri Shephard case severally and I can’t see why the judge should award full custody of her son to her ex. People have come out to say she is a fantastic mother and her child is doing great with her. So a part of me is inclined to believe he is doing it for the money and not in the best interest of the child and there-in is where the problem lies.

I know some women do worse but is it still wrong. Man or Woman, money should never be the sole motivation. All decisions should be made in the interest of the child. Trying to take a child away from a loving environment so that you can get money from his mom strike me as odd. Same way, milking a man for money that you do not use  for your child’s welfare is really wrong. This reminds me of the Tyler Perry movie; “Madea’s Big Happy Family.” Byron, the character played by Bow Wow, had this super annoying child’s mother. Her character was the type that was mainly after money and not the child’s interest. This to me is a big foul.

I have taken a step back to ask myself, why is it ok when a woman fights for child support but when a man does, it seems all too strange to me. FYI: I completely disagree with women who use their child to milk men for money too. But, I feel a man should want to provide for his kids to the best of his ability. I feel there should be a sense of responsibility that should be in built naturally and no one should have to tell you. Same way I feel, a woman should be the nurturing one. I do not expect a man to breastfeed (they have contraptions for that you know lol) and if he changes diapers it’s a plus. Hey, maybe I am archaic. Then again, maybe not.

Hold on wait a second. Guess what, to every situation there is an exception to the rule. If the kids are 100% in the fathers custody because the mother is unable to care for them, but she is financially capable, then yes I think she should help out financially. What I do not totally agree with is when both parties have custody or when the mother is able and willing to care for her child too, the dad fighting her so he can get child support money. Then again, Usher has full custody of his kids and still provides for them. I know some single dads that do the same on a salary and I have the utmost respect for them.