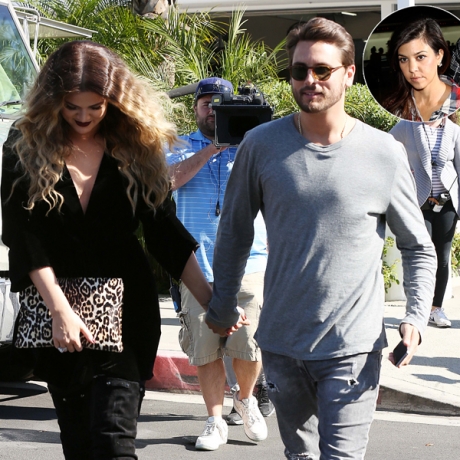 Is it me or does it seem like Scott Discisk has a little something for Khloe Kardashian? Knowing how the Kardashians get down, I am pretty sure it is just a ploy to get people talking but why would Scott have way more pictures of Khloe on his instagram than he does Kourtney. Then he posts hot pictures of her, like he is lusting after her or something. Sheesh..

Then the Kourtney captions versus the Khole captions, If we did not know better, we would think Khloe was his lady and Kourtney was his lady’s sister. Not a big deal right? Peep his birthday message to Kourtney, so impersonal. His actions are very suspicious. lol.

If they are not trying to create controversy and get us curious enough to talk then it is safe to say Scott is trying score a Sister-Some. lol. I’m not tryna start nothing but hey I am mighty sure I am not the only one who made the observation.

Hey Scotty. keep it up and you just might score. It would make a great episode of Keeping up with the Kardashians. I know I would watch it. lol.. Let’s hope French Montana won’t mind. lol.. ok I keed! If that doesnt work, just keep in mind, you scored the most stable Kardashian of them all. Be happy with that.

10 thoughts on “Whats up with Scott Disick and Khloe Kardashian? Is he loving the wrong sister?”