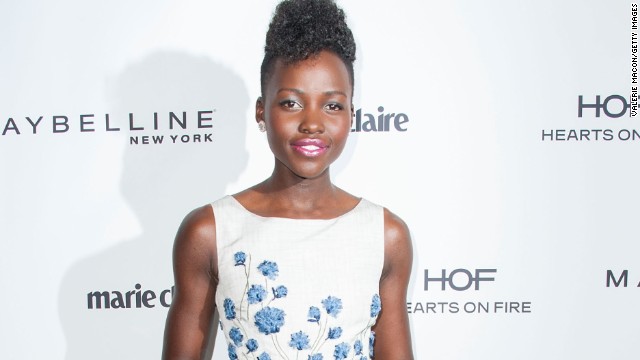 Oscar-winning actress, Lupita Nyong’o has joined the cast of “Star Wars: Episode VII. The announcement was made Monday via press release. Lupita will be joining another new cast mate, Gwendoline Christie, best known for her role as Brienne of Tarth in “Game of Thrones.”
“I could not be more excited about Lupita and Gwendoline joining the cast of Episode VII,” Lucasfilm President Kathleen Kennedy said in a press release. “It’s thrilling to see this extraordinarily talented ensemble taking shape.”

The current cast includes; John Boyega, Daisy Ridley, Adam Driver, Oscar Isaac, Andy Serkis, Domhnall Gleeson, and Max von Sydow. Following the announcement Lupita took to her instagram to post a picture of the “Star Wars” logo with a tweet that read “I can finally say it out loud and proud: I’m going to a galaxy far far away!” Congratulations to her