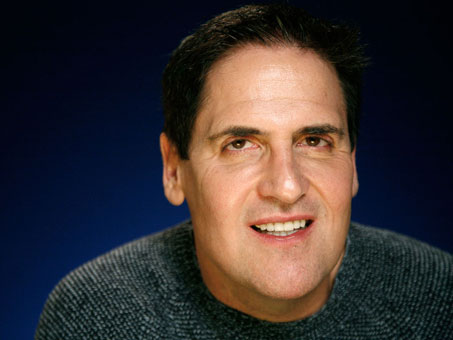 I was out having drinks with some associates of mine and the question on everyone’s mouth last night was does America have freedom of speech. Lately and even in the past, we have been seeing a lot more people get into trouble for expressing how they feel through words. For a country that claims to have freedom of speech, the reaction to the things said almost always contradicts this notion. Lets take a minute to analyse some recent examples of what I would like to call the “foot in mouth” situation.

Duck Dynasty Patriarch, Phil Robertson was in the hot seat for suggesting that homosexuality is not that different from bestiality. There was a huge media brouhaha over the issue which eventually died down, but not after a long debate on if he should be fired. Fast forward to months later, he again made statements that were not favorable about homosexuality in a recent church appearance. The media is once again on his case and the network is allegedly up in arms about what to, by debating if they should cancel the show or if they should they let him be. Some will argue that these are his views and he is entitled to them and if he is not hurting anyone, let him be. Some will also argue that he is homophobic and people like him have no place in society. If the network does cancel, will they be sending a message across that you are not allowed freedom of speech?

Donald Sterling got into trouble for things that he said privately. His situation is a little bit more delicate however. because when you look at it, he did not say these things publicly but still got fined for saying them. When it comes to race relations and sexual orientation relations, it seems society is walking on eggshells. One race is allowed to talk about their race in a not so awesome light but if someone from another race utters those same exact words, they immediately get tagged a racist. It’s like an unspoken rule, but who set these rules anyway?

Then there was the case of HGTV pulling the new show “Flipping” because two of it’s stars, the Benham Brothers, were allegedly ousted as Anti-Gay activists. The brothers came on TV to say, yes the show has been cancelled, and they will move forward and try to finish the episodes because they had already been recording. More recently, Mark Cuban of Shark Tank was also accused to making a racist statement. He said ”

When I heard the statement he made, I was waiting for more because honestly, I just feel a lot of people have the same reaction. Stereotypes exist, if they did not, why do people make extra effort to look or act a certain way. Did I find his statement racially offensive? No, not really. Does it bother me? I would be a hypocrite if I said it did. I was indifferent because he said he would walk to the other side. He did not say he would act violently nor did he say he would confront the person. I am sorry but we have all done it at one point in time. If we see someone that we feel could be a threat late at night, irrespective of race, we take extra precaution. Well, Mark is now under fire for his comments and although he apologized for using the hoodie example, he still stands by his words.

Taking all these into account and considering that America is known as that country where freedom of speech and freedom of expression is valued, do you think America still has freedom of speech? Now, I am sure there are exceptions to the rule. If a person from one race walks up to a person from another race and starts hurling racial slurs, then that is most certainly not acceptable or if a heterosexual walks up to a homosexual and becomes abusive, that is definitely a big no no. Their views may be dead wrong but at the same time can we force someone to feel a certain way. I believe the only way to touch hearts is through mutual respect and an effort to educate them without imposing our views.  I had a best friend in 4th grade. Her name was Leslie. Leslie always told me her father does not like black people and did not want her associating with them. This did not stop her from being my best friend, this also did not make her hate her dad for his views. I am sure with time, and with love, she would have eventually helped her dad understand that his views were not ok, it is now left to him to accept or decline.

The way the things are structured today. People are so sensitive that it seems you are not allowed to have views that doesn’t align with society’s expectation anymore. Will people begin to live in fear that one day their views and words will come back to haunt them? Does hiding how you feel due to fear of backlash stop you from feeling that way? Will forcing people not to express themselves change how they feel? These are questions I would like you to answer.

3 thoughts on “Does America Have Freedom of Speech? – re; Mark Cuban Under Attack”